A new settlement between the now-defunct ITT Technical Institute and the CFPB would erase $330 million in private-held student loan debt owed by around 35,000 former ITT students.

The nationwide settlement, announced on Tuesday by the Consumer Financial Protection Bureau (CFPB) and state attorneys general from 47 states and the District of Columbia, hopes to erase debt owed by former ITT students to a Deutsche Bank-funded program called “PEAKS Trust.”

ITT Technical Institute filed for bankruptcy and shut down all campuses in 2016, affecting 149 locations and roughly 40,000 students, amid lawsuits and investigations over alleged predatory lending practices.

“This settlement brings long-awaited justice to former ITT students who were pushed into predatory student loans that ITT and its collaborators predicted they would never be able to repay,” Eileen Connor, legal director at the Project on Predatory Student Lending at Harvard Law School’s Legal Services Center, which represents some ITT former students, told Yahoo Finance in a statement.

“All debt from ITT should be cancelled, including federal student loans,” Connor added.

The settlement stated that PEAKS will not only discharge the loans but also stop collecting on them and will ask credit reporting agencies to “delete information relating to PEAKS loans.” Borrowers will also get a notice that their debt has been discharged.

The CFPB noted that this is the third settlement by the agency with relation to ITT’s private student loan programs. Previously, the CFPB had settled with CUSO, another company that managed private loans for ITT students, discharging $168 million in debt for borrowers. The CFPB had also reached a $60 million legal settlement with ITT in 2019 for steering students into private loans.

‘I have a four-year degree that is worthless’

The PEAKS loans, which were offered to students starting in 2008, were meant to cover gaps in tuition between how much they got in federal student aid and the full cost of their education.

In 2014, the CFPB filed a lawsuit against ITT, arguing that the school “engaged in unlawful acts and practices to push students into private student loans in a scheme to improve the appearance of ITT’s financial statements and its standing among investors.”

The CFPB claimed that ITT knew that the default rate on these loans “would be high” — default rates in actuality were more than 94% for the CUSO loans and 80% for the PEAKS loans. Yet these programs continued, the CFPB alleged, “in order to temporarily improve ITT’s balance sheet.”

One former ITT student, who had his federal student loans discharged, is also pursuing legal action against Navient to have his private student loans — not CUSO or PEAKS — erased due to fraud at the school. The lawsuit is ongoing.

“I didn’t get a good education — I have a four-year degree that is worthless,” the borrower said in a previous interview. “From 2010 until today, it has just been horrible.”

Aarthi Swaminathan is a reporter for Yahoo Finance, covering consumer finance and education. Aarthi can be reached at [email protected]. Follow her on Twitter at @aarthiswami.

Housing expert: Eviction moratoriums are ‘not enough’ during pandemic

Snowflake Prices IPO Above Marketed Range at $120 a Share 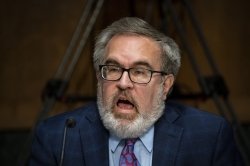 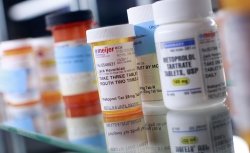 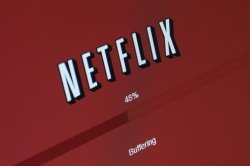 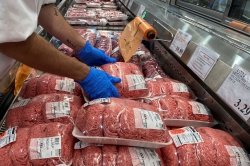